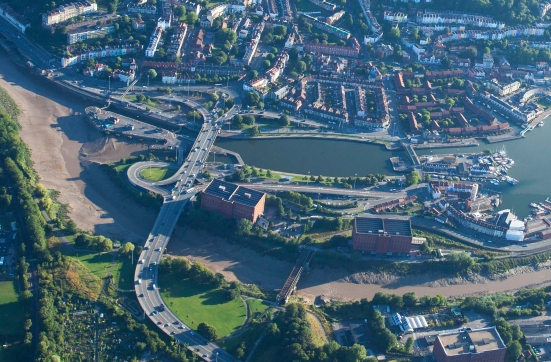 Our initial engagement on the future of Western Harbour is now completed – although we remain open to receiving paper copies of the feedback forms.

The opportunity Western Harbour presents for Bristol is so significant because the challenges our city faces are so significant. We face a housing crisis with over 12,000 families on the waiting list and the worst affordability ratio of rent to wages of the Core Cities. Add to this the fact that our population is set to continuously grow. We must minimise the environmental impact of our city’s growth through sustainable buildings and developments that reduce car dependency.  We must significantly strengthen our flood defences as Bristol faces the increased likelihood of the 1 in 100 year flood. Like other cities, our city centre retail is threatened by weakening high street sales.

All of these challenges mean we must proactively put residential, employment, retail and destination venues in the city to ensure Bristol isn’t “hollowed out”. And in the face of growing inequality and social and political division, we must make spaces for people from all parts of Bristol.

The opportunity is to build over 2,000 homes including much needed affordable. These homes would be a seven minute bike ride or 25 minute walk to jobs, shopping and entertainment in the city centre. The opportunity is to build the flood defenses into the development in a sympathetic rather than intrusive way. And it is to remove the 1960s flyovers that have dominated that part of Bristol since before I was born and to open up the waterfront as a welcoming destination for more people.

There has long been ideas for the potential of the land and waterfront – one of the most attractive areas in the city that has been lost to the spaghetti of flyovers and on ramps. But the ideas put forward have remained just that, ideas.

But we have identified a window of opportunity to make ideas real, one that we believe cannot be missed. We face the end of the life of the swing bridge and flyover and the prospect of having to spend £40m to maintain it. We could sink this money into maintaining a status quo that represents lost social, environmental and economic potential, or we can turn it into an investment that releases something better for Bristol. I believe investing in our ability to provide affordable and sustainable homes, increase active travel and reduce car dependency, defend ourselves against floods, strengthen our city centre and make our waterfront a destination for all to be the best use of scarce public money.

There have been a number of concerns raised about the prospect of change to Western Harbour. For our part, we wanted to talk with people as early in the process as possible, to get their views. That is what the past few months have been about. It’s not been a formal consultation, but an effort to ensure as many of the challenges and opportunities were presented at the very start.

The flyover has never been a popular road layout and was built when roads were king and when the city’s population was so much smaller and effective use of land was less crucial. The changes to the road and bridge are simply what’s needed to be moved to free up the land and water.

I can understand people’s concerns about change and I can see that where there has been space – due in part because we are engaging so early – that people may fill these spaces with their worst fears. But we should all be thinking more of Wapping Wharf than Canary Wharf. Last week I was at the ‘topping out’ ceremony of the second phase of that successful development that has quickly become so vibrant.  It also shows what is possible with mixed communities. That development now has 256 homes, 49 homes for shared ownership and 81 affordable. And it is now a destination.

We will publish the wider plans for the housing and mixed use in Western Harbour as soon as we can and I look forward to working with communities, business and all stakeholders on the next stages towards development.

City planning can not be carried out in the abstract. Our context is that the world is changing and our city is changing at break-neck speed. The status quo is not an option and these changes demand that we act now. But we will not act from fear or on the back-foot. Instead we will be proactive and driven by our values. Our values that drive us to deliver homes, mixed communities, opening up the city centre to all, of jobs and a vibrant city centre, an inclusive economy and by our commitment to build a carbon neutral city are at the heart of these plans.

These are exciting times.